The origin of the baths in Los Alcazares started in the Roman period and mainly to the Arabic period,when the aristocracy enjoyed the benefits from the Mar Menor sea water and, that is  the origin of the settlement in the land that now belongs to the town of Los Alcazares.

Despite the passage of time, this finding so beneficial for health by using the thermal water, also known as thalassotherapy, continued to be used during the Middle Ages and the following periods.

It was at the end of the 19th century, when in this area,  different summer residences appeared for farmers as well as the middle class,  to practise the “novenario”, which consisted of 9 baths like sea water ablutions.

Besides, during this period, there was a rise in the commercial and fishing activities, which fostered an increase of its population.

In 1915 it was built the Spanish army’s first hydroneplane base,which will be the future General Air Academy in the near town of San Javier.

In 1904, it started running with a great success, since there were a lot of guests and thermal bath users.

An interesting fact we can mention is that it was the first tourist complex that published the first brochure in 1094, which is a landmark for the tourist promotion of that period. 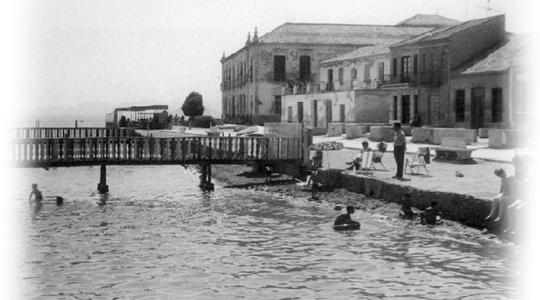 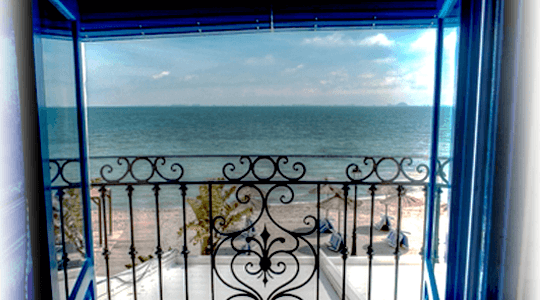 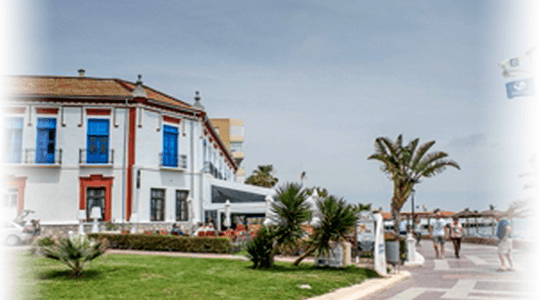 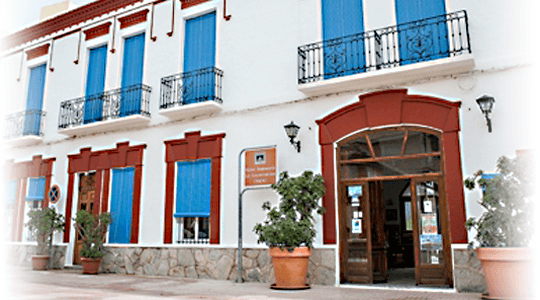 Nowadays in 2015 it has been renewed both the building front face and indoors facilities and rooms to give our guests modern hotel services, without losing that “vintage” touch of early twentieth century.

We have 37 rooms fully renovated, located on the beach, enjoying from their windows the spectacular sunrise from the Mar Menor and La Manga in the background.

In addition we offer our customers the Spa Museum of the century baths to learn a little more about the history of this hotel establishment in the Mar Menor.

We serve breakfast, lunch and dinner. We also have a chillout terrace where our guests can enjoy the company of their partners, family and friends while you rest and relax as a resort.

Tuesday and Wednesday we have for dinner  live piano music and Thursdays, Friday and Sundays we have dinner and live show with live jazz musicians and voices and flamenco performances.

We can also provide lunch or dinner service for celebrations such as weddings, baptisms and communions since we have two kitchens and 3 rooms for a maximum capacity of 300 people.

Thanks to the quality of catering and accommodation services offered in our facilities and the work done by our professional team, we have been awarded a certificate of excellence by the web advisor in 2014 www.tripadvisor.es